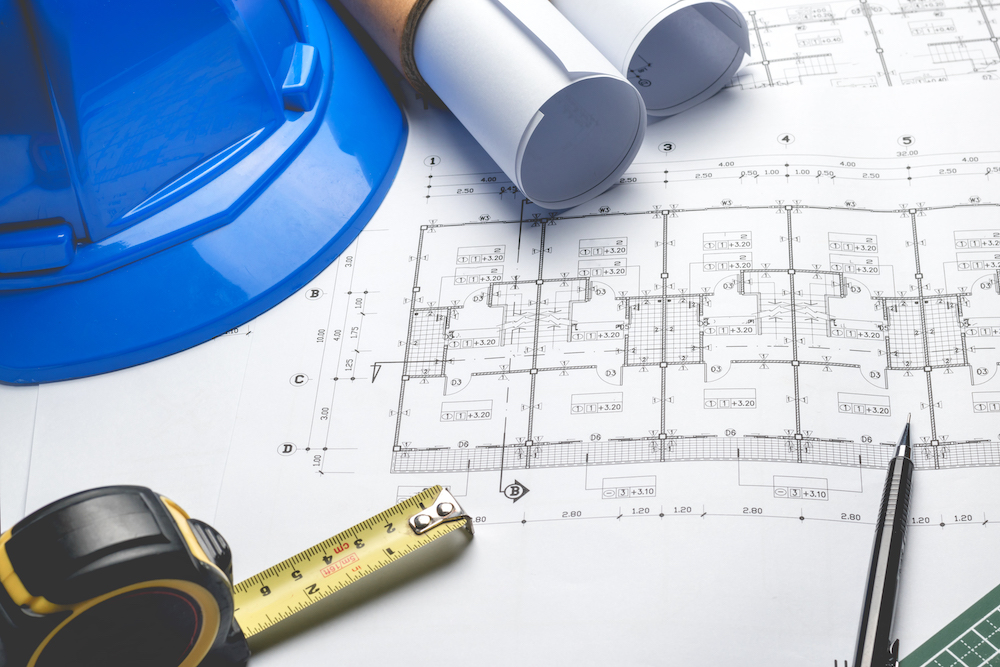 Owners experienced with design and construction understand that the architect’s drawings and specifications aren’t perfect and will include some mistakes. But how many mistakes is too many? The AIA B101 Owner-Architect Agreement requires that the architect meet the “standard of care”—that is, perform their services in a manner to be expected of another architect in a similar situation. What is the “standard of care”? The owner-architect agreement doesn’t specify how many or what kinds of mistakes are allowed before breeching the standard of care. Those are questions to be decided by the Trier of Fact (arbiter, judge or jury) if litigation occurs. But the concept of standard of care, which makes allowances for mistakes, is well understood by experienced owners.  The AIA standard owner-architect agreement describes the standard of care as:

“§ 2.2 The Architect shall perform its services consistent with the professional skill and care ordinarily provided by architects practicing in the same or similar locality under the same or similar circumstances. The Architect shall perform its services as expeditiously as is consistent with such professional skill and care and the orderly progress of the Project.”

While projects designed by large and sophisticated firms constructed by equally sophisticated contractors with experienced owners have the best outcomes,1 what about inexperienced owners, those who are rarely involved in design and construction. With such clients, the architect should discuss the subject of document mistakes—that is, errors and omissions—during contract negotiations. Such early discussions will help preserve a constructive relationship when mistakes are encountered during the project.

It’s important to know the difference between an error and an omission when discussing these change orders with the client. For example, an egress sidewalk required by code was not shown on the drawings. Once the missing sidewalk was brought to the attention of the design team by the fire marshal the contractor was issued a change order to install the sidewalk. This is an example of omission. The owner had not paid for the sidewalk at bid time but is required to now. For this reason, the architect can refer to it as a “betterment” or value added change order.

A design error, on the other hand, is a mistake in the plans and specifications that requires replacement of already-built construction or equipment, with the original materials most likely being thrown away. In this case, the owner already paid for the work once and now must pay for it again (as well as for any related demolition).

For example, the architect did not schedule a fire-rated ceiling assembly in the music room of a high school auditorium where the space above the ceiling was used as a return air plenum. This is a violation of the Life Safety Code®: According to NFPA 101® the ceiling should have been a fire-rated assembly. The mistake was discovered by the fire marshal and the ceiling had to be demolished and replaced. The contractor was given a change order for the work.  It’s obvious from these illustrations why it is easier to discuss an omission with the owner as opposed to an error.

Regardless of whether it’s an error or omission, mistakes in the architect’s documents will create friction with the owner. It’s best if the architect has a strategy to minimize friction before the first error/omission change order is presented. Knowing how the owner’s representative feels about change orders, in general, is part of the strategy. Otherwise, they may be bringing a match to a tinder box.

What Is Standard of Care

Standard of Care is common law interpretation of what constitutes the minimum standard of performance required of doctors, lawyers, accountants, architects, and other professionals.

Common law, as opposed to statute and civil law, is a body of law inherited from England when the colonies adopted English common law with the Declaration of Independence (1776). Common law has been handed down since the American revolution, refined by precedent that sometimes only exist in the state’s courts where the precedent was first made and sometimes so apropos it is adopted nationwide. When architects enter courts being sued with claims of negligence, they enter with a presumption of innocence that is characteristic of common law.

Must my behavior be perfect to meet the applicable standard of care?

One of the earliest cases in the United States that defined the architect’s standard of care is the case of Beede vs. Coombs, decided in Maine in 1896. In that case the court held that

”the undertaking of an architect implies that he possesses skill and ability to enable him/her to perform the required services; and that he will exercise and apply that skill and ability, reasonably and without neglect, but he does not imply or warrant a satisfactory result.The court added that “an error in judgment is not necessarily evidence of a want of skill or care, for mistakes and miscalculations are incident to all the business of life.”

The American Institute of Architects cites in its form contracts the common law standard, as follows:

The Architect shall perform its services consistent with the professional skill and care ordinarily provided by architects practicing in the same or similar locality under the same or similar circumstances. The Architect shall perform its services as expeditiously as is consistent with such professional skill and care and the orderly progress of the Project.

Negotiations with the Claiming Contractor

Contractors have considerable leverage in negotiating the price of change orders. They are mobilized on the site and, unless the work described is at a separate location or is clearly separate from the work already under way, it is difficult to see how a new, competitively priced contractor could be brought on to do the change order work without interfering with the original contractor’s work.

Under these circumstances the owner and the architect are caught in a situation where the contractor quotes an inflated price for labor and refuses to back down when called out on it. Prices for materials are easily confirmed, but the hours required to do the work is not so easy to get changed. The contractor can simply stonewall until the slippage in the schedule begins to cost more than the challenged amount.

The construction manager has more power and leverage to stare down the contractor than the owner or the architect, if they are willing to use it. They also have staff that can take off material and labor to provide comparison pricing.

One alternative is to challenge the contractor to do the work on a time and material basis. This will require close monitoring and may require the assistance of the construction manager. The contractor may move personnel around to fit the daily schedule making it difficult to see who is working on the change order work and who is not.

Reviewing Change Orders with the Owner

The architect should inform the owner upon becoming aware of an error or omission. Before meeting with the owner to discuss an error or omission, the architect should become thoroughly acquainted with the facts of the mistake and what the probable consequences are of fixing it. Knowledge and honesty will impress most owners. Remind the owner that the contingency budget exists for situations like this. If there have been few design team mistakes on the project, a reasonable argument can be made that the standard of care has been met.

Errors and Omissions: How Much Is Too Much?

Every responsible construction budget has a line item for contingencies that provides for hidden conditions, changes required by the authorities having jurisdiction, owner-initiated changes, and design errors and omissions. Few owner contingencies are broken down into those categories. Contingency budgets of between 5 and 10 percent are common. How much of that contingency should be set aside for errors and omissions? It will depend on whether the project is new construction or renovation, and on the project’s complexity (e.g., complicated hospital or simple build-out of office space). It also depends on the method of delivering the project (e.g., design-bid-build or design-build). It depends on whether the project is fast-tracked or not. No single percentage of errors and omissions applies to all projects. For example, consider AIA B103 (2017) Standard Form of Agreement Between Owner and Architect for a Complex Project, which has terms that address the contingencies associated with fast-track projects.

The strategic time to discuss standard of care, and to make sure the owner understands what it means, is during contract negotiations. The owner has already gone to considerable lengths to engage the architect and it is unlikely they will break off negotiations over a realistic discussion about errors and omissions.  Having that discussion before the owner-architect contract is signed is much more likely to have a positive outcome than waiting until the first E&O change order needs to be signed.

Many carriers continue to note that while claims frequency appears to be reduced in Design-Build, claims severity appears to be higher than in traditional Design-Bid-Build. Some carriers suggested that this is the result of the more collaborative nature of Design-Build, which allows for early constructive claim resolution. Nevertheless, when claims occur on a Design-Build project, design-builders are very motivated and able claimants against design professionals.

Paul Potts is a freelance writer published in design and construction magazines. He has worked as owner’s representative, specification writer and construction administrator for architects, engineers and owners. Potts can be contacted via e-mail at paulpotts1@comcast.net, at LinkedIn https://www.linkedin.com/in/pauljpotts/;  or visit his website at www.pauljpotts.com

This article represents the research and opinions of the author and is intended for general information purposes only and does not constitute professional advice.  The above comments and opinions do not replace your need to rely on your counsel for advice and a legal review, since every project and circumstance differs from every other set of facts and circumstances.